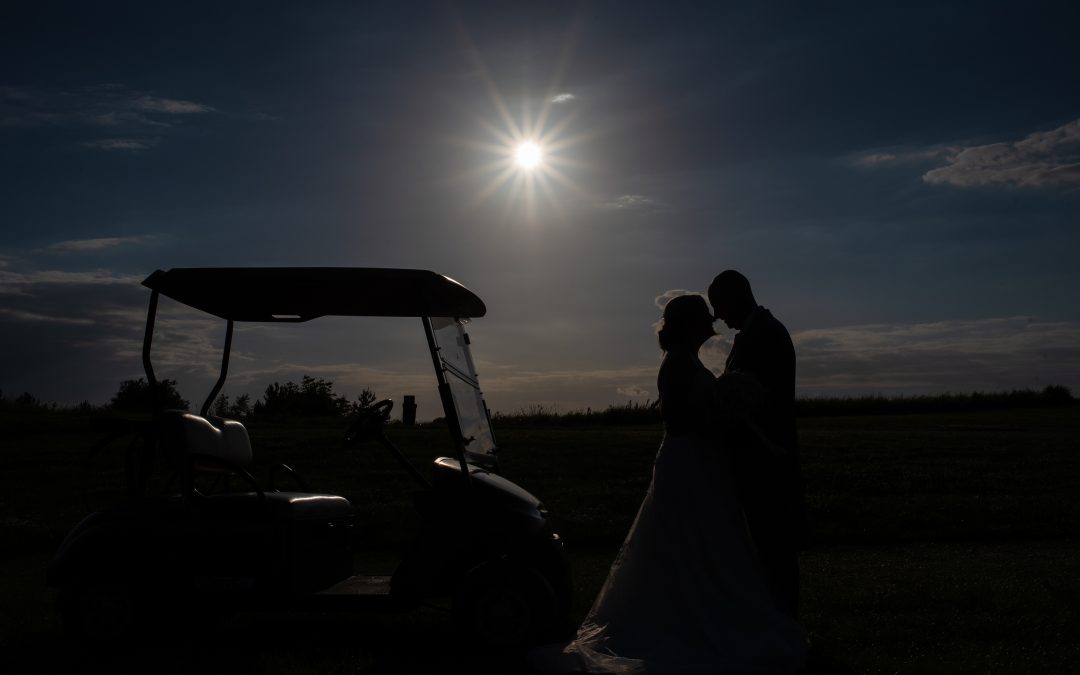 I had been looking forward to Colette and Nick’s wedding at Stonelees wedding venue for a long time. As soon as they chose me to be their wedding photographer and we chatted through their day and I met the fabulous Lewis, I knew it would be great fun. And it was. Nick has two brothers who live in Australia. He knew that one of them would be making the trip … but had no idea that the other brother would be joining too. Colette had kept it a complete secret, even down to creating a fake table plan … and Nick and his family’s delight at having all of his brothers at his wedding was evident.

Now … to the forgotten rings part. Lewis, who is 11, going on 12, was slated as the second best man, so when I arrived at the venue, I checked with him whether he had the rings. “Oh no, I don’t have them, Craig (best man) has them. I started to “shoot the room” to capture the behind-the-scenes details and decorations etc and met up with Craig. A very standard image for a wedding photographer is one of the rings. So I asked Craig if I could have them … he tapped his pockets, his jacket … and I thought he was joking … but no, he’d left them at home! A taxi and guest was despatched post haste to collect them … I think we were both quite glad that I asked him that question when they still had time to retrieve the rings … that’s the first time in ten years of my photographing weddings … every wedding brings something new! 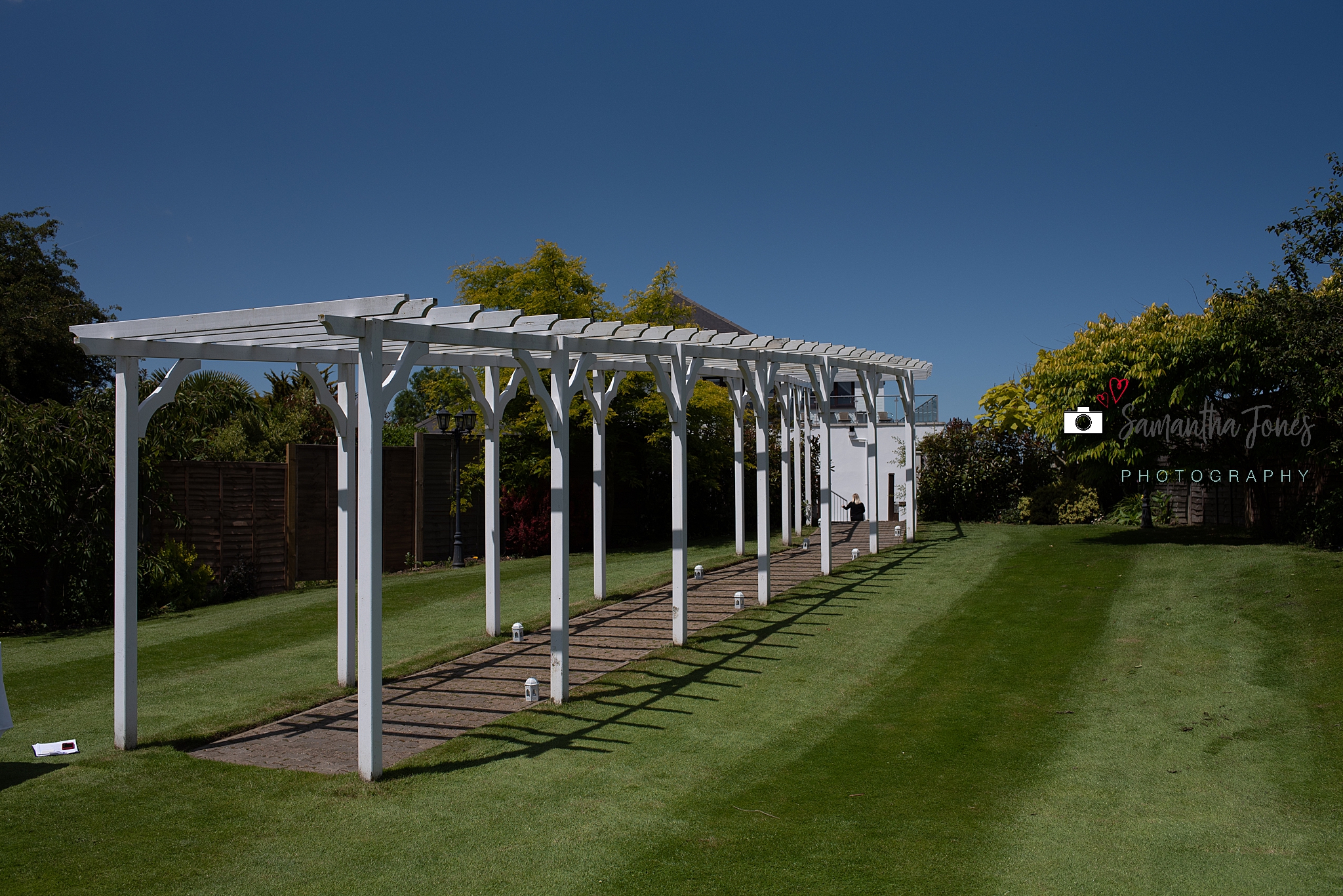 The fabulous connection between father and son was very obvious. Lewis was a great help throughout the day and was quite delighted that Colette and Nick were getting married. And he carried out his job as second best man incredibly well. 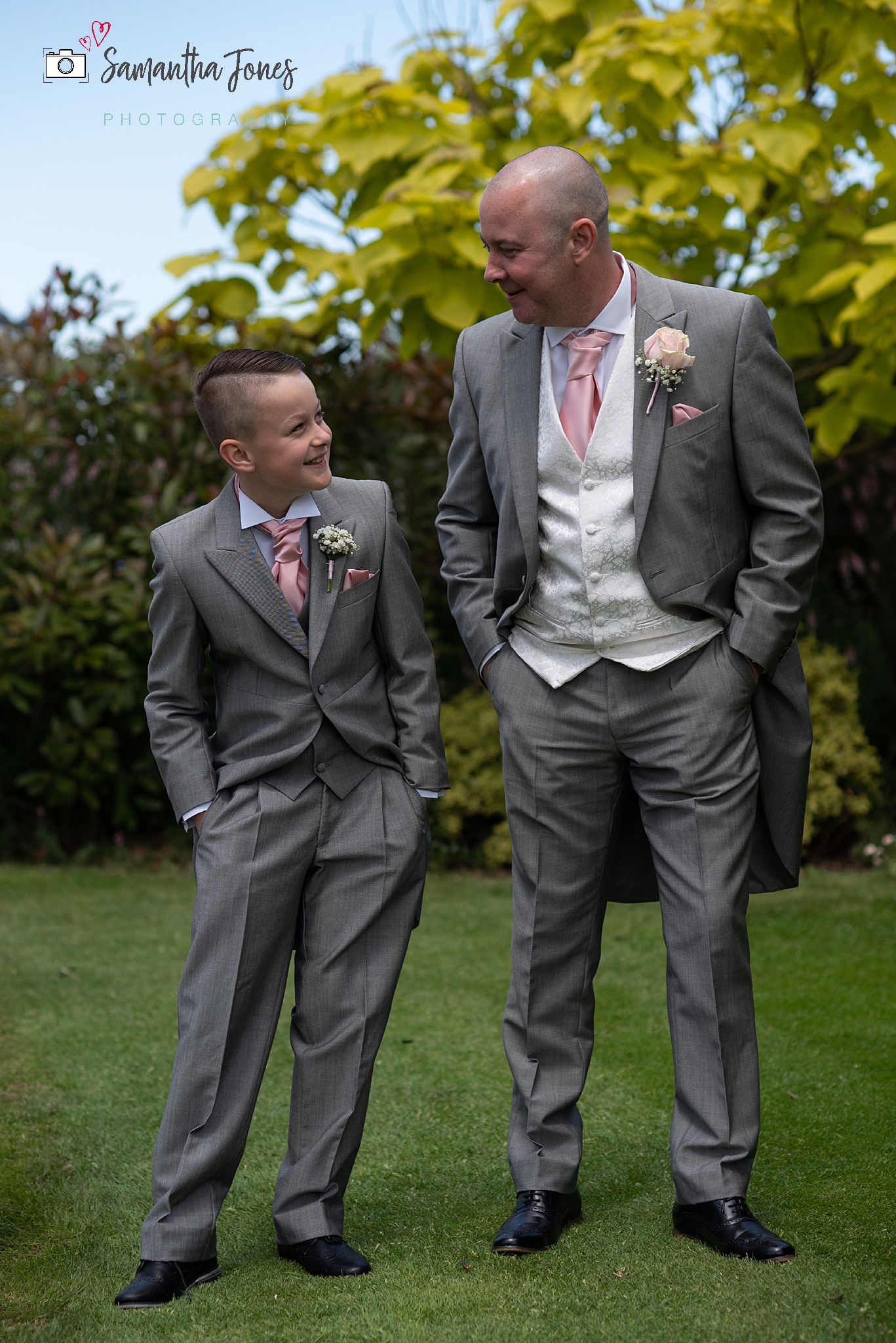 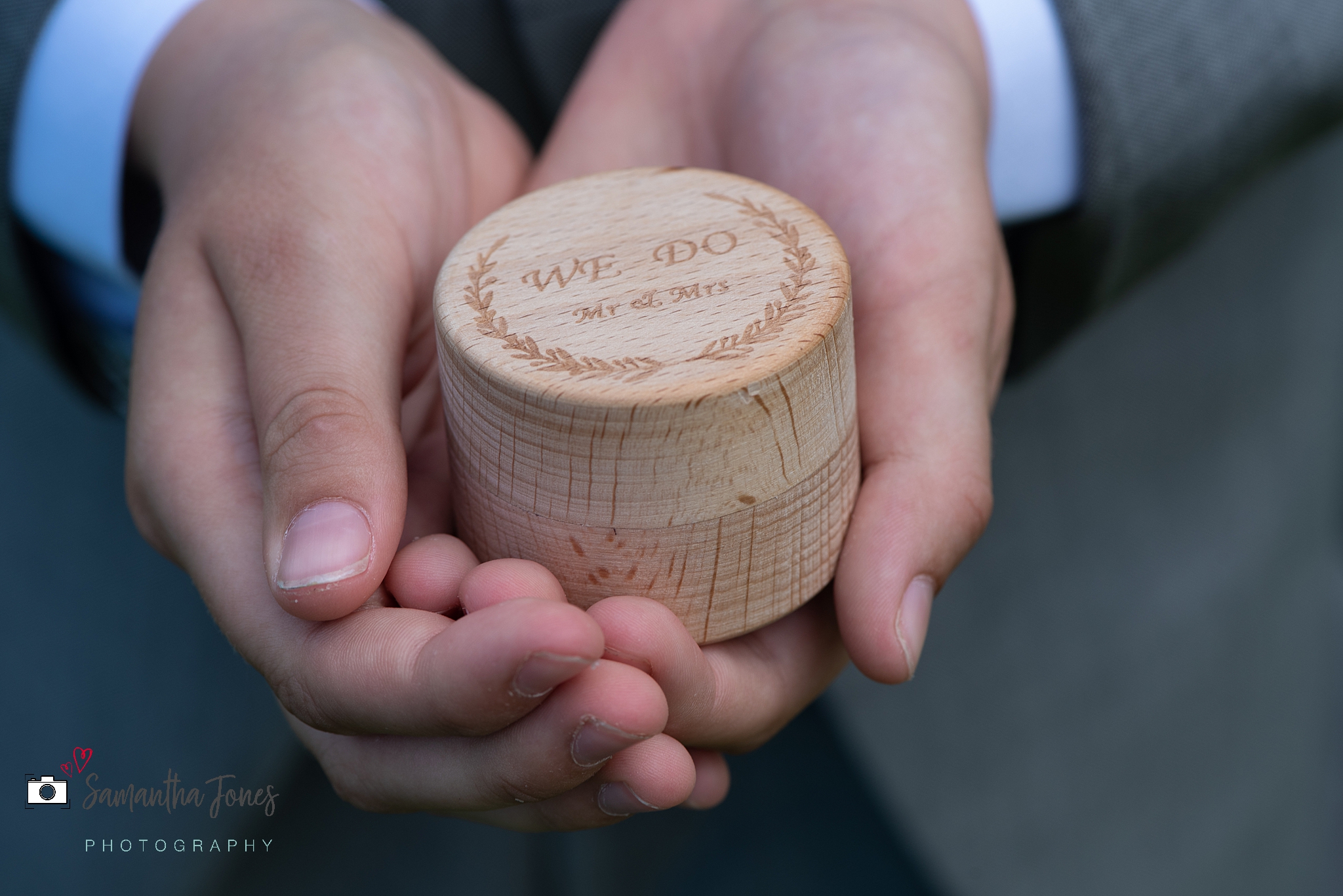 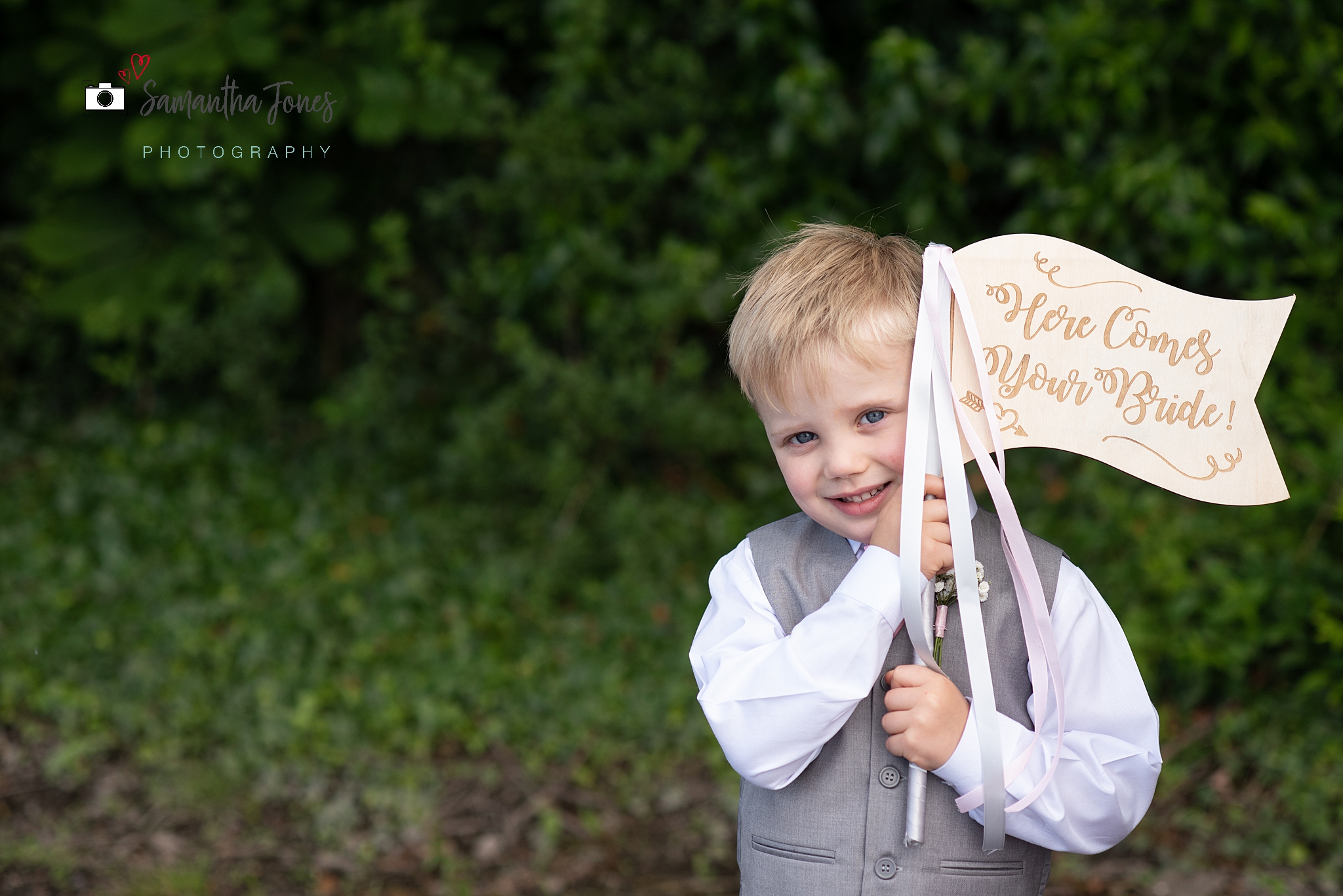 And such beautiful weather (here in the UK we haven’t really had a summer yet. The weather has been torrential rain, dreary skies … but all changed for Colette and Nick). As their wedding was on the Summer Solstice, that was quite a bonus! 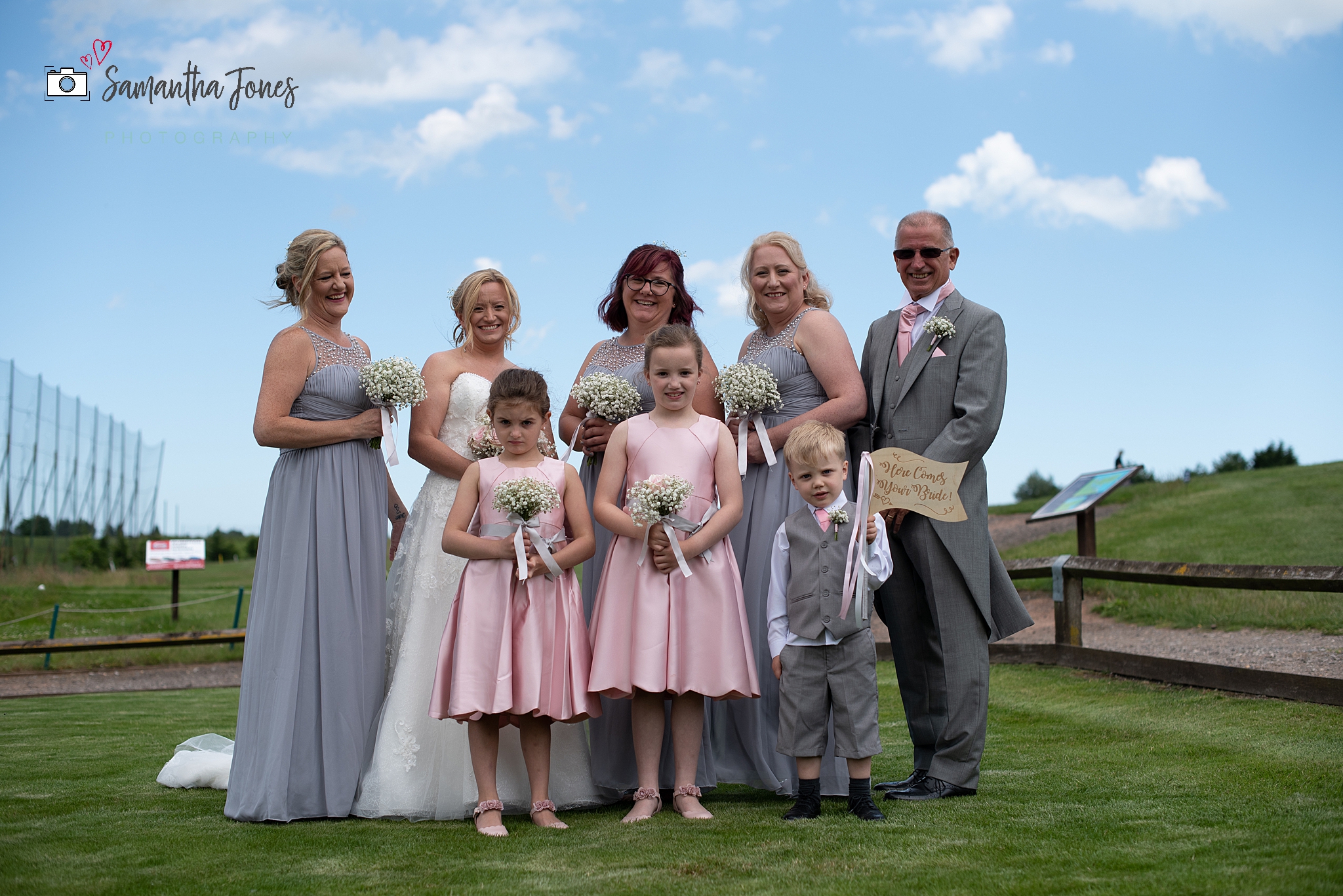 The newly married couple were positively bursting with excitement and sped through their bubble exit! 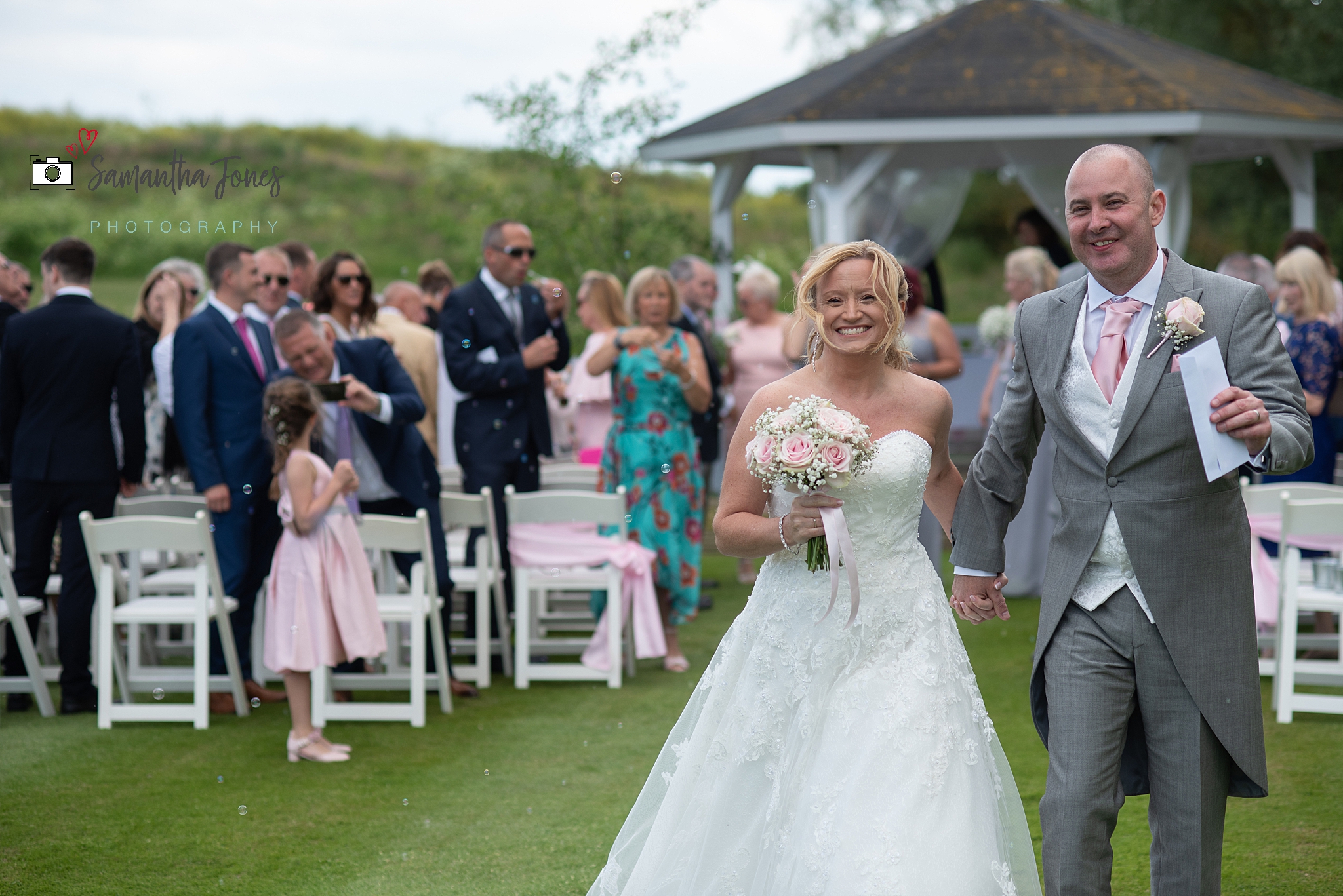 I am incredibly luck to be one of the recommended photographers at this beautifully manicured venue. There’s so much history linked to the surrounding area shown by this huge sword … but never before, in all of my weddings here, have I had anyone climb up … another first! 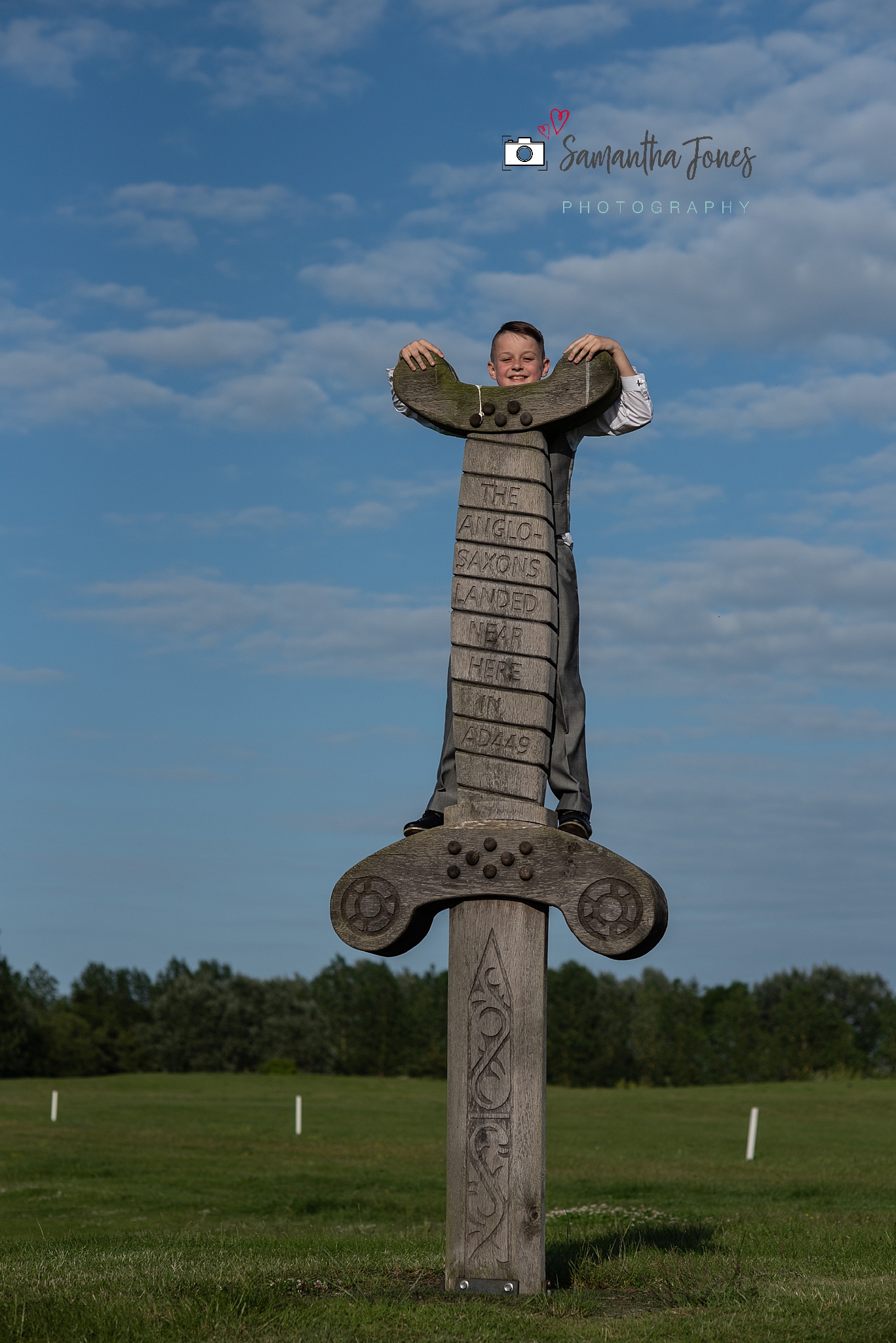 Colette and Nick took advantage of the buggy ride which the venue offers when the room is being changed around for the evening reception. We had to be careful of a Summer Solstice golfing event … but found some lovely places, as always, to photograph. 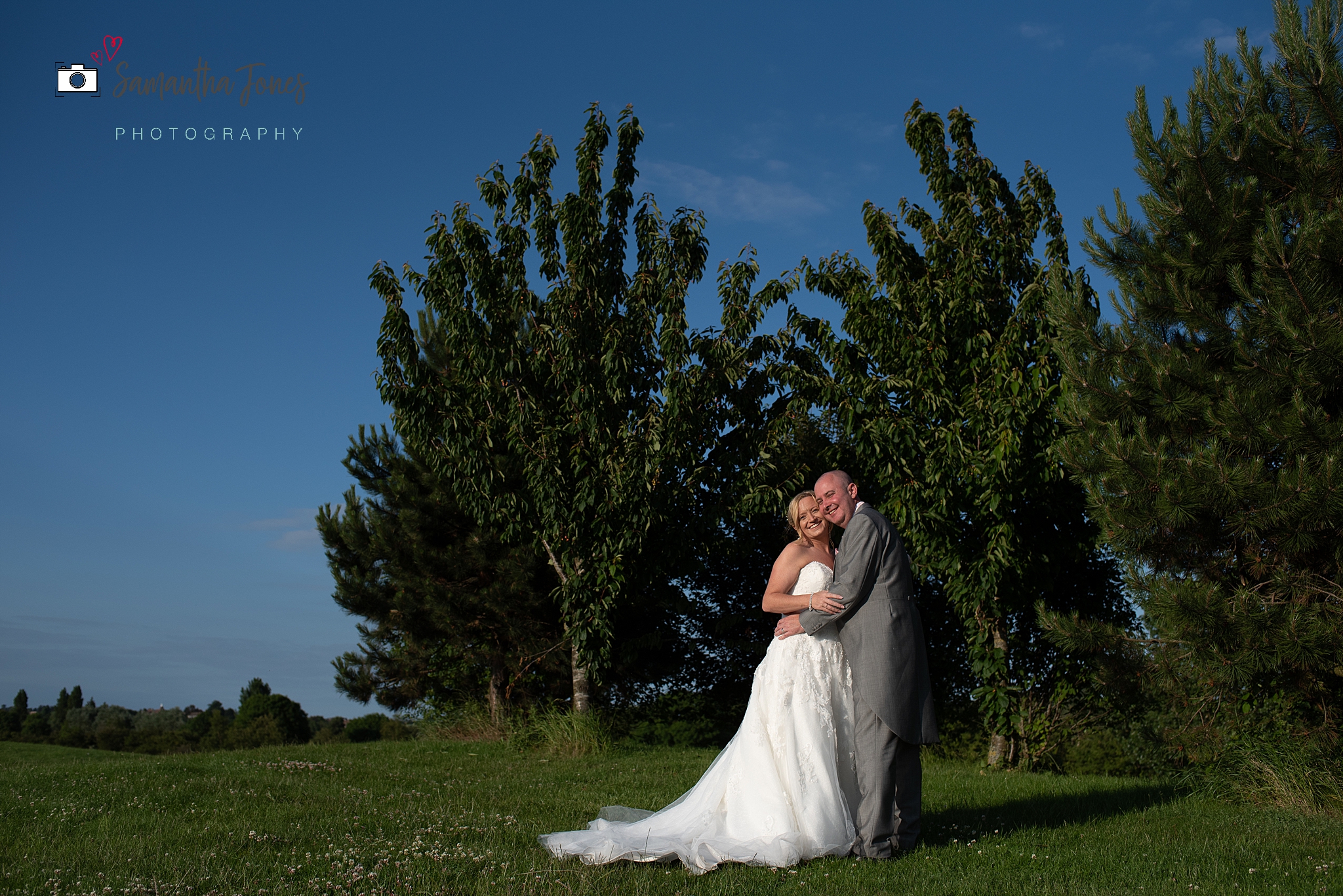 All too soon, it was time to meet and greet the evening guests. All day, Lewis and I had been saying that we must get a photograph of all three … and time was marching on. We found five minutes after the cake cutting and first dance to pop back up to the hill and finally get that shot! 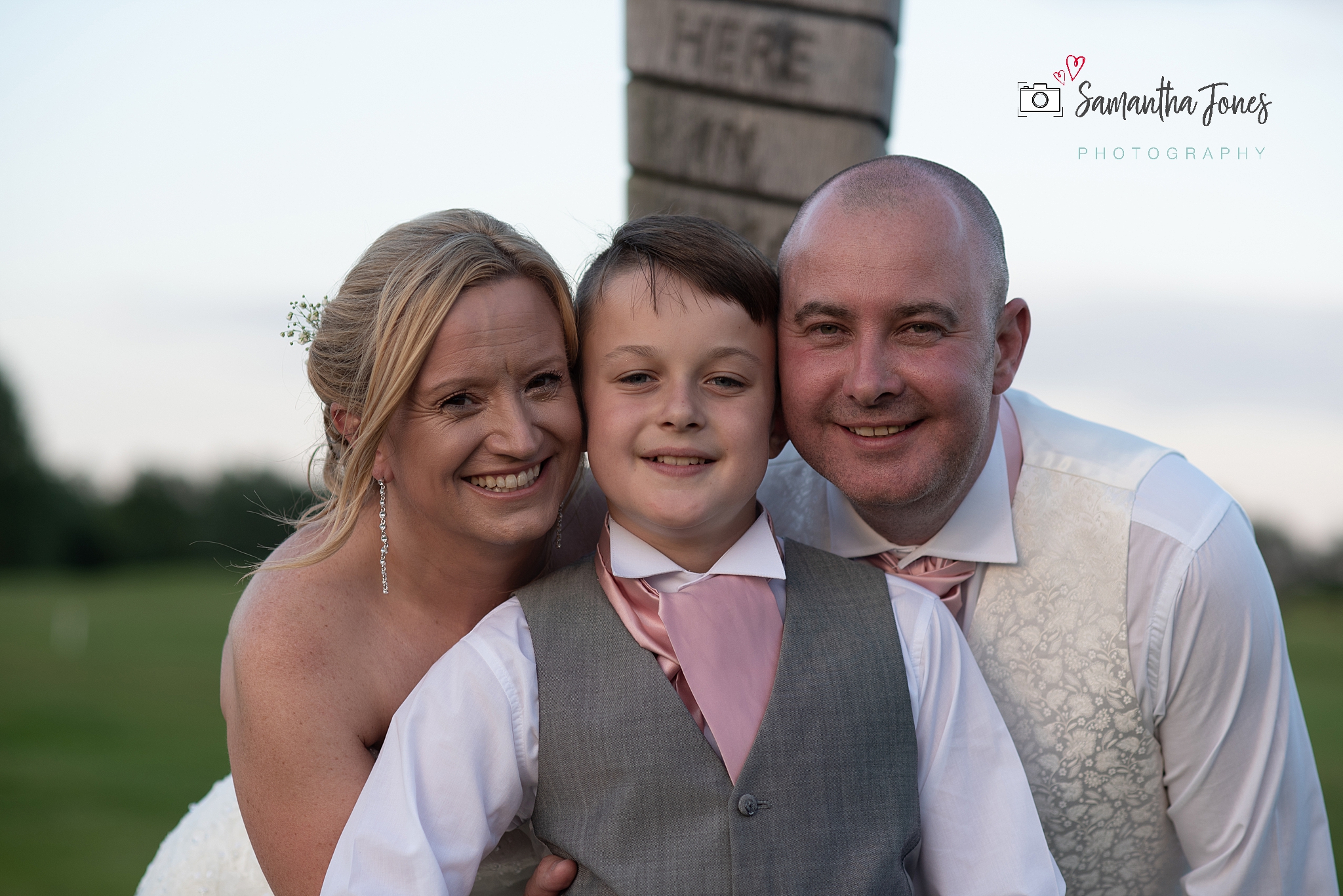 What an amazing day. Such a lovely couple and full of surprises. I was sorry to go but confident that the party would last well into the night … congratulations to you both and I’m looking forward to working on your images. 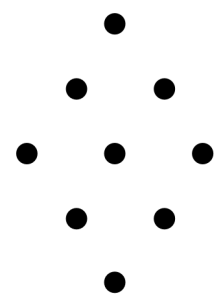